Are You Standing In The Way Of Your Own Success? 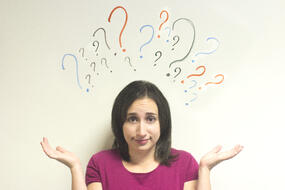 My new client sat across the table from me, crestfallen and long-faced, chin almost drooping into his sandwich. While he was a good friend of mine, I had not become involved in his business prior to that meeting and now that things had become dire, with referrals drying up and bills to pay, Alan and I were at lunch talking about how to recover.

The nuclear wasteland in the wake of the disaster of the financial sector in 2008 ended up with quite a few businesses going belly-up shortly after, and more in 2009. My friend's business was one on the rocks and now he was reaching out, rather desperately, for some help.

We Rallied To Fix The Problem

Alan was all ears. He claimed to understand the importance of content creation, promotion and the development of strong conversion tactics. We set about optimizing his website and doing the other things necessary to increase traffic, leads and customers.

The needle twitched a little at first, but ultimately traffic increased 600% over the first six months and we were off to a good start. Alan was pleased.

And Now The Collapse

But we had a problem: the improvements could not be sustained because Alan began getting in the way of his own success. From the start, he didn't much like the word 'blog' let alone relish the thought of writing one, and he kept a choke hold on content creation, standing in the way of anyone else who might be interested in writing. This could have been acceptable, but Alan's style of writing was very dry to begin with, and gave no thought to audience and the personas he wanted to appeal to. Actually, Alan's writing was completely boring and read like the Encyclopedia Brittanica.

He also felt that using social media was beneath him and was afraid of what his professional community would think of him. In reality, Alan's competition was all over social media and began leaving him behind with their improved website designs, interesting content and social engagement. Unfortunately Alan had become his own roadblock and his online gains fizzled out.

The economy began recovering, one or two referrals appeared and we stopped the program - things sank back to what they were. The sad part of it is in thinking about where Alan's business would be now if he had committed to boldly make changes to the way he was doing business. Why had he started down the path, invested in change, but ultimately sabotaged all likelihood of becoming a greater success?

Change is not for the weak of heart, it takes guts and determination. When you decide it's time to change things, be ready to lay yourself open on the table, let your mentor do the analysis and put the pieces back in the right places for you.

It is not possible to 'kind of' set out to conquer the Matterhorn and expect anything other than failure. This is the problem that some businesses face. They fixate on the shiny prize but fail to bring their A-game to the court, take some risks and put their all into the plan.

Even if someone else is doing the work for you, the source of your success lies in your ability to allow change and to correct the things that you had been doing wrong. Don't hire someone to help you fix your problems and then stand in the way

Now, years later, I am meeting with Alan once again to talk about ways to generate new business through his online presence. I wonder if he has changed...

Alan and I meet next week with his new VP of marketing to talk about picking up where we left off. Will I agree to help him or will I refuse him before we even get started? I'll write a follow up article here later and let you know how this comes out.

So, how about you? are you ready to seriously look at the way you are doing your marketing? are you really ready to make changes and grow your business in a substantial way, or are you like Alan was, standing in the way of your own success?