Google Panda Update – How to Recover in 5 Steps 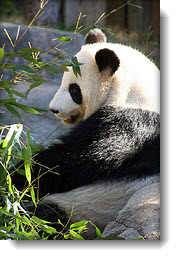 To begin with, how many of you have even heard about the so-called ‘Panda Update’ launched by Google in February of this year (2011)? I’m kind of betting that if you have been adhering to Inbound Marketing protocol properly, then you probably don’t know about the update and don’t care because you most likely have not felt its impact. I’ll explain why, but first, a little background on what the Google Panda Update is about.

END_OF_DOCUMENT_TOKEN_TO_BE_REPLACED

We know that on-page Search Engine Optimization (SEO) is an important part of the story when it comes to generating traffic to your web site. The objective that we must all strive to achieve is to convince the major search engines, primarily Google, that our sites are worthy of their attention so that they will then serve up links to our sites when people search on particular keywords.

END_OF_DOCUMENT_TOKEN_TO_BE_REPLACED

How to Advertise For Free on Google

Although many businesses are unaware, there is a free and easy way to advertise your business for free on Google. In fact, not only can you advertise for free on Google, but your business will typically show up on the first page of results when users search for terms that you enter in your profile. The way to accomplish this is to set up your business on Google Places which is Google’s solution to the local business directory. Then, results like the following show up with your business information as a result of a relative search entry:

END_OF_DOCUMENT_TOKEN_TO_BE_REPLACED

The holy grail of a solid inbound marketing strategy is in having a strong cache of inbound links from sites with authority.